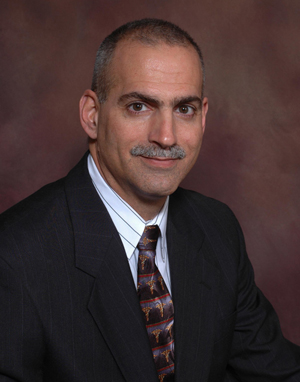 Dr. Sanabria trained in Family Practice at the University of Tennessee in Knoxville. After completing his Residency and Fellowship in 1997, he was appointed Medical Director of the Emergency Dept at Fort Loudon Hospital in Loudon.

In 1999, while still working in the ER at night to pay the bills, he began his first solo practice which focused on Occupational Medicine and Urgent Care. Since that time, Dr. Sanabria has been actively involved with industry in and around Loudon County and has established himself as one of the area's premier Urgent Care/OccMed providers.

In November of 2007, Dr. Sanabria opened Lakeway Urgent Care in Lenoir City. Corporate clients at this location include U.S. Dept of Energy, Kimberly Clark, Tate & Lyle and Wal-Mart to name a few.

Since 2010, Dr. Sanabria has served as the Corporate Medical Director for Janus Global Operations, a US defense contractor providing a multitude of services to goverment and commercial clients worldwide.

Dr. Sanabria is on active staff at Fort Loudoun Medical Center in Lenoir City. He served at this hospital as Chief of Staff from 2012 to 2016 and during that time was also a Physician Board Member for Covenant Health, a ten hospital, not for profit  healthcare system serving the East Tennessee region.

In May 2015, Lakeway Urgent Care opened it's second office in the University Commons Center just off campus at the University of Tennessee in Knoxville.

Dr. Sanabria's personal interests include Technology, Carpentry, Chess, Waterskiing and Motocross. He is married to Roxane, his wife of over 30 years. Together they have raised 5 children.